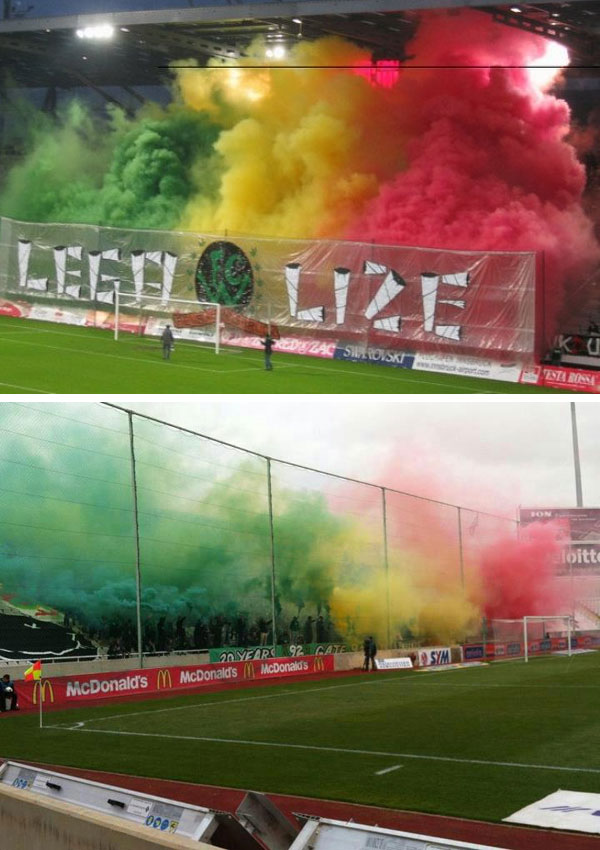 RIP – “Football is a whole skill to itself. A whole world. A whole universe to itself. Me love it because you have to be skillful to play it! Freedom! Football is freedom.” (Bob Marley – 1979)

Emancipate yourselves from mental slavery;

None but ourselves can free our mind.

Wo! Have no fear for atomic energy,

How long shall they kill our prophets,

While we stand aside and look?

Yes, some say it’s just a part of it:

We’ve got to fullfil the book.

Won’t you have to sing

This songs of freedom? –

‘Cause all I ever had:

All I ever had:

These songs of freedom, 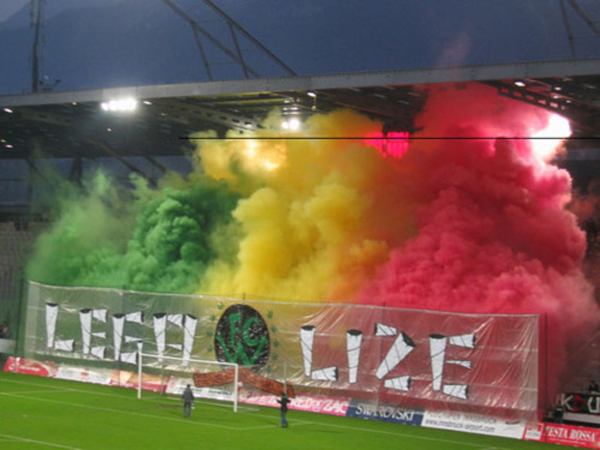 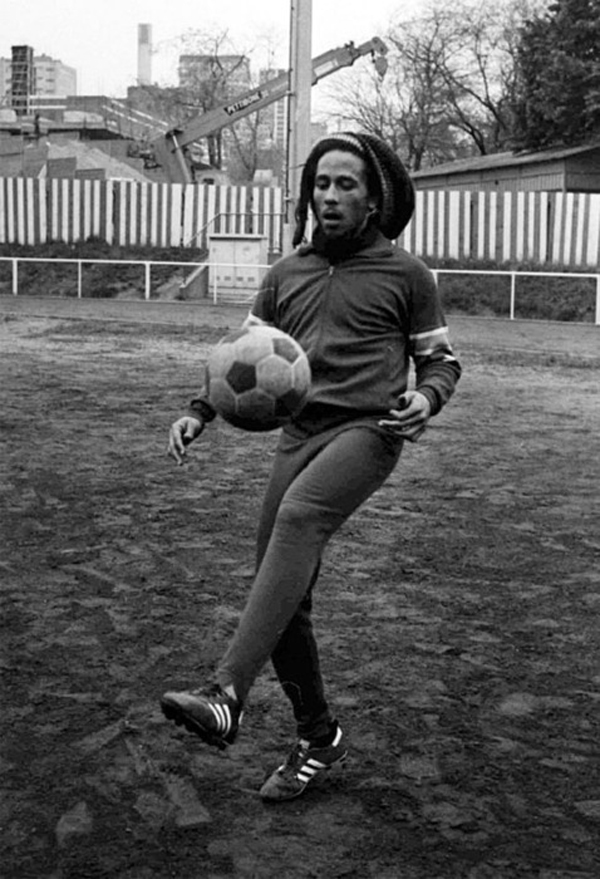 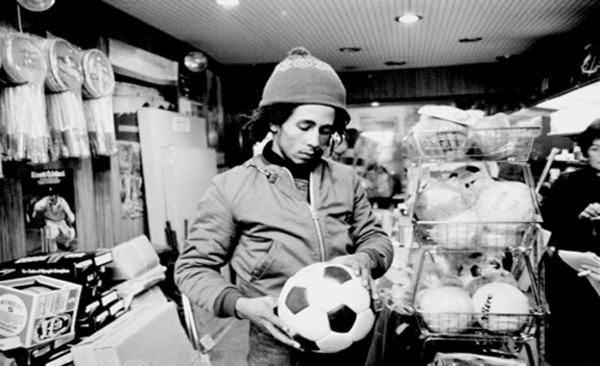 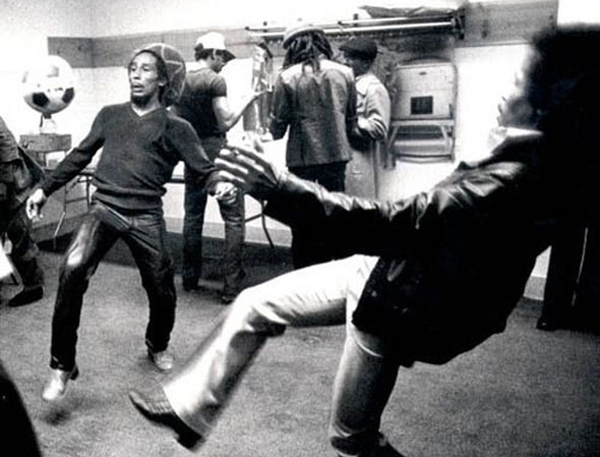 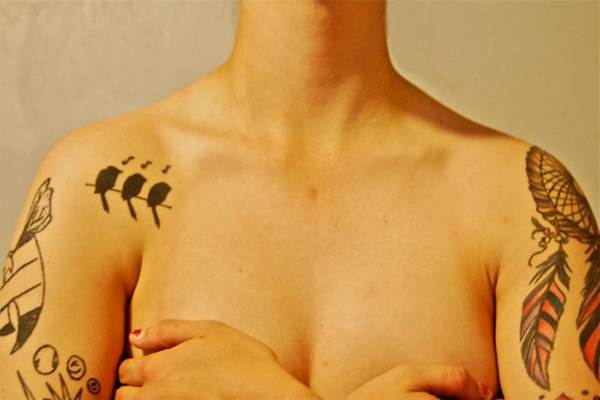 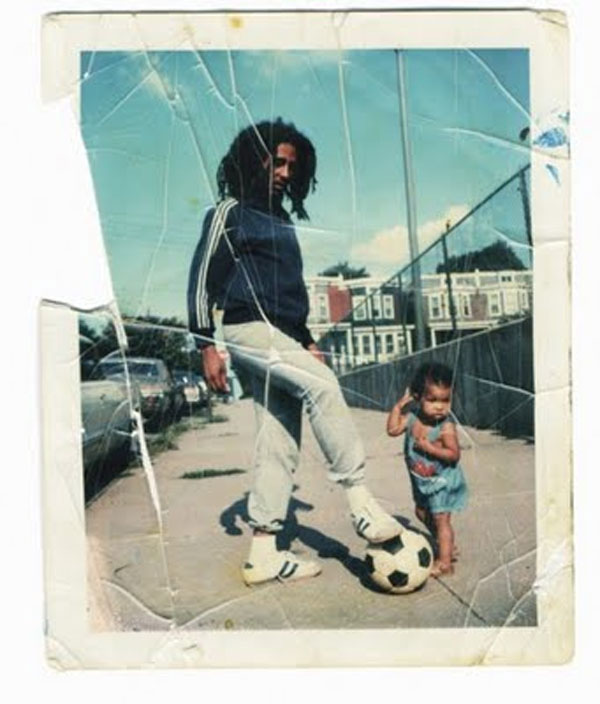 Marley – “You can fool some people sometimes, but you can’t fool all the people all the time.” Snap?

Bob Marley simply loved kicking a ball. About every single day when on tour or in the recording studio. He also loved watching soccer on tv. His favourite team was Santos Futebol Clube ( Brazil ). His favourite player was Edson Arantes do Nascimento, world famous as Pele, who began playing for Santos at age 15.

On a trip to Brazil ( Rio de Janeiro, 1970 ) Bob Marley joined in on a heated street soccer game with some fellow musicians, people from record label Ariola, Brazilian street kids and Paulo Cesar, member of the 1970 Brazilian World Cup team. Before the game the Brazilians had given him a number 10 Santos shirt ( Peles number). Bob Marley had smiled, and, while putting it on, was heard saying that, just like Pele, he too could play in all positions.

Many of his friends claimed that if Marley hadnt been so dedicated to his music, he could have made it big as a professional soccer player. As a midfielder, Marley was quick and innovative.

Bob Marley loved to play football and there are plenty of parks in London where he enjoyed a game. For example, in 1977, at the height of the reggae superstars fame, he played an 11-a-side match at Battersea Park against a team that included Danny Baker. Marley took his football so seriously that his tour entourage included Jamaicas star footballer at the time, Skill Cole. Skill was effectively Bobs sporting advisor, says Rob Partridge, Marleys former press officer at Island Records.