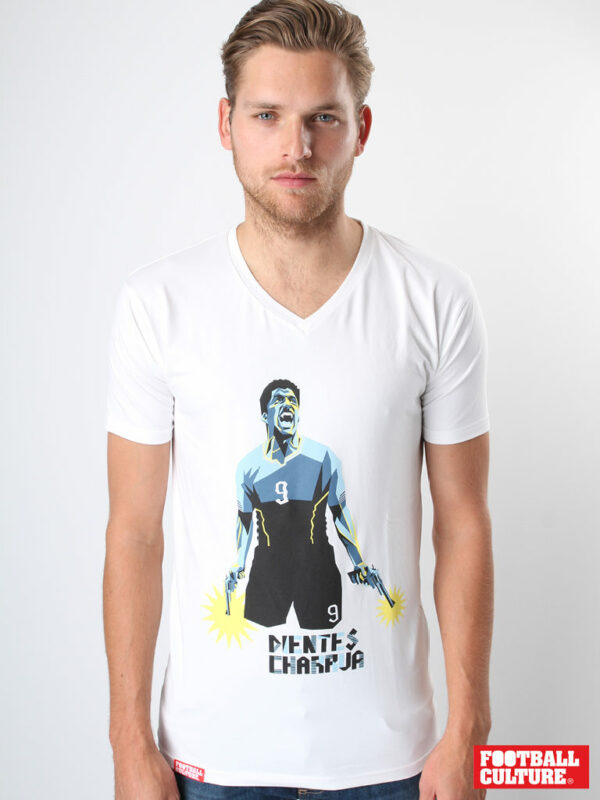 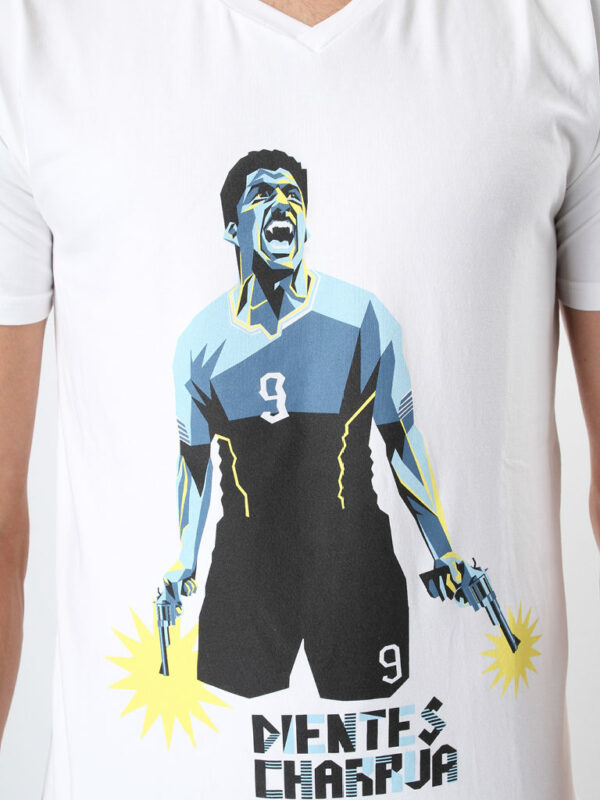 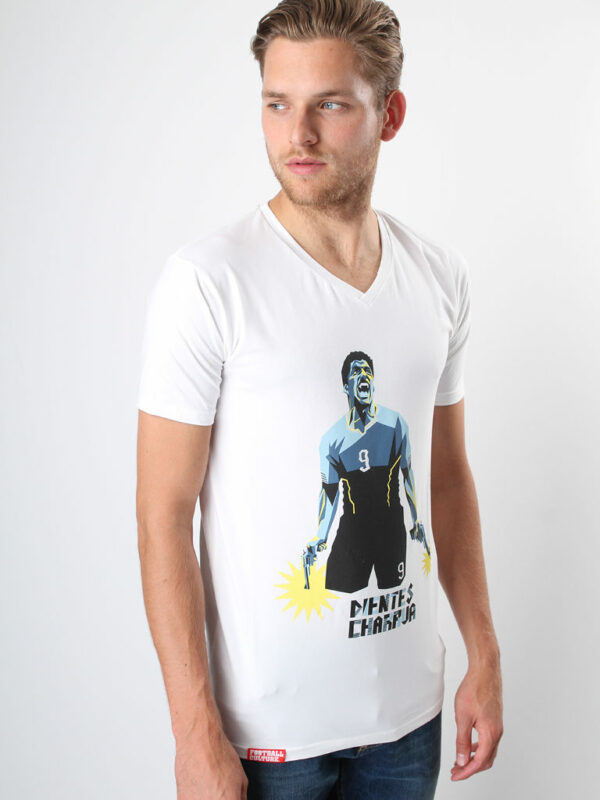 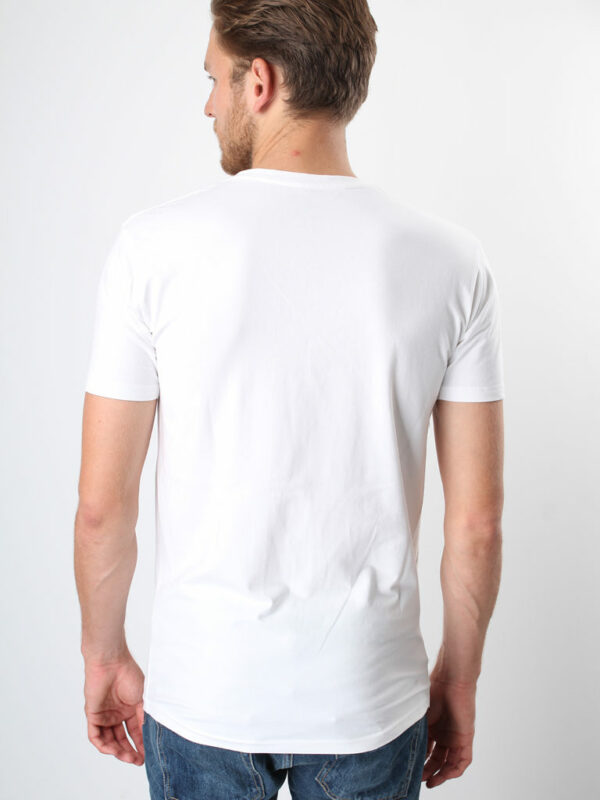 “Now more than ever, all with Charrua Teeth”.  A brilliant illustration done by artist Leandro Bustamante from Montevideo – Uruguay. A white v-neck t-shirt in support of Luis Suarez for his suspension by FIFA.

The Charrúa were an indigenous people of South America in present-day Uruguay. They were a semi-nomadic people that sustained themselves through fishing, hunting, and gathering. Uruguayans refer to themselves as “charrúas” when in the context of a competition or battle against a foreign contingent. The Uruguay national football team is nicknamed “Los Charrúas”. Dientes Charrua means Charrua Teeth. In 2014 Suarez won the  Player of the Year award of England, becoming the first non-European to win it. During the WC, Suarez was banned for nine international matches for biting his opponent, which is the longest such ban in World Cup history. 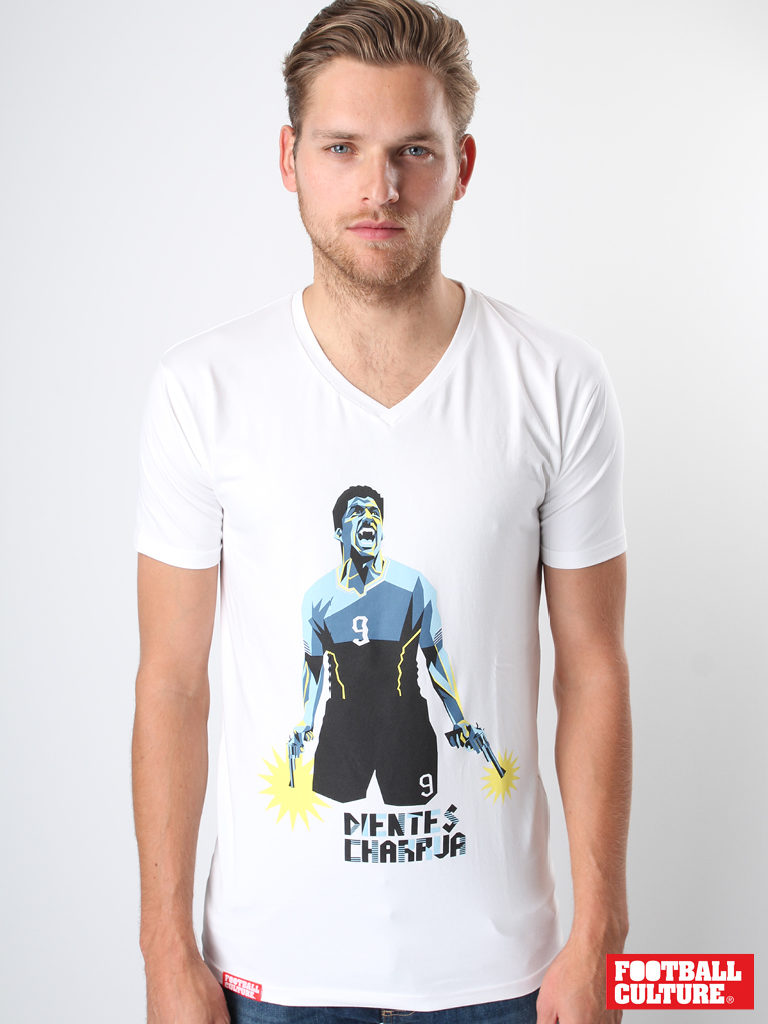